If there’s one game that got mixed feelings in the past weeks, it’s definitely The Order 1886. The game seems to have a polarizing opinion in the gaming community, both from reviewers and consumers, which is totally understandable with all the hype/hate it got before release, including the “short game” tag it received. I had the chance to get my hands on a Collector’s Edition on release day and I was really impressed with the quality of the statue that came with the game. Enough of all the chit-chat, let’s get down and dirty with The Order 1886.

Unboxing Video of The Collector’s Edition: 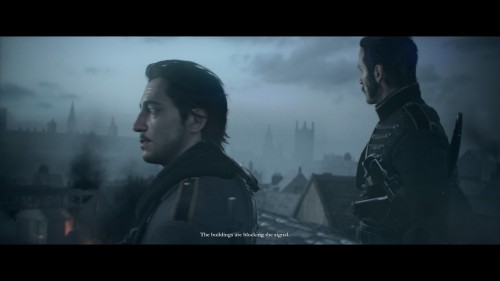 Victorian London 1886, where history has taken a different turn centuries ago, the Knights of the round table still exist to defend the people of the land. Although not for the same reasons that history books have thought us, in this case, The Order stands in defense of London to protect the people mainly from Half-Breeds. Adding to this problem, Gallahad and the Knights of The Order must fight off the rebels from destroying this technology-filled city, but is everything as it seems? Gallahad must find out what’s going on and put his trust upon old foes to discover the real secrets.

Personally, the story really captivated me to want more from the universe that The Order offers. It has a compelling plot that has a strong foundation with nice little unexpected twists. Now, here’s a couple of things that bothered me about the story, I felt that it was missing an ending that brought more of the story to a close. It does somewhat give you a sense of content, but still feels like it was a bit undercooked. Don’t get me wrong, I really enjoyed the story, but I felt underwhelmed by the lack of some plot point being left opened at the end. Now, it does however set the franchise up, either for the next Order game or DLC, for a great continuation, but in this case, I must rate this story and not what the future holds.

I really enjoyed the writing and the acting in the game, it didn’t feel bland or out of touch. The game is designed to have “movie-like” feel and play to it, which it does nicely I would argue. If it was ever made into a movie, I would definitely go watch it for sure. In any case, The story, in all it’s glory, does hold up and takes nice aspects of history, puts a twist on it, and delivers an enjoyable take on the Victorian era, but has this small gap that should have been filled with a bit more information or story.

I’ll tell you one thing right from the beginning, if this game doesn’t get at least nominated for best visuals, I would be greatly disappointing with that award. If there’s one aspect of that game that got the most praise, and it deserves all of it, it’s the visuals of the game. When I think Victorian-era, I image what The Order looks like because it has that dirty, old age, antique feel to the environment. The settings feel authentic and captured the hard times that the player encounters during their time in the game.

In all the time I played, I only had one time where the frame-rate dropped in the 10s for about 30 second and it was during a very heavy fire sequence. Besides that instance, graphically, the game is flawless, crisp and very fun to look at. The characters have a nice realism to them and stunning facial detailing. I appreciated the horizontal bars that the game implements and never felt like it hindered my experience.

I will say right now that the game has a good chunk of quick time events(QTEs), but it’s not overwhelming. Personally, I found it had a decent balance between QTEs and actual gameplay during the entire game. I enjoyed the covering system it offered but did get the occasional moment where Gallahad unlocked from cover, leaving me in the line of fire. Another thing that nicked the mechanics was the running. This seamlessly benign feature is held back oddly enough in The Order in some area where running is not activated when toggling  the analog stick. I don’t quite understand the purpose but I was able to get pass this little hiccup because of the fact that I was looking everywhere for collectibles and didn’t really require me to always be running during these period. Don’t get me wrong, It’s only a fraction of the gameplay that blocks running, but when it happens, you notice.

The Order also offer a nice alternative when it comes to lockpicking. Using what seems like an air-powered tool, the player can compress the locking mechanisms and open the door. Although you don`t do it at every corner like some games, I found this technique a nice little refresher compare to similar entities.

The Order offers a nice collection of weapons mixed with a couple nice ones that you get access to during the game. You get your standard machine gun pistols, frags, snipers and so on, but the game has special weapons from your in-game friend Tesla(Not a spoiler, it’s in a trailer out there in the ether). My favorite weapon is the Termite Rifle which features a two-step approach: Shoot the termite in the general area of the target and proceed to launch a sort of Molotov to ignite the termites, which literally melts your enemy. Since the Molotov takes longer to reach the target than the termite, I always launched the Molotov before the termites and created an instant attack with great results.

A couple other weapons that are not always in the game, which somewhat bothered me but I understand that it can’t always be there, are the Arc Gun, which charges up and destroys the enemy closes to the general direction you are facing, and the Detonator, a grenade launcher you can remotely detonate at the moment of your choosing. My biggest complaint about the weapons is that you can’t modify any of them, which I get it for the sake of the game, I just think we get spoiled by other games that offer modding options while playing. I really enjoyed the gun-play while playing and it didn’t feel like it was unnatural in any means. 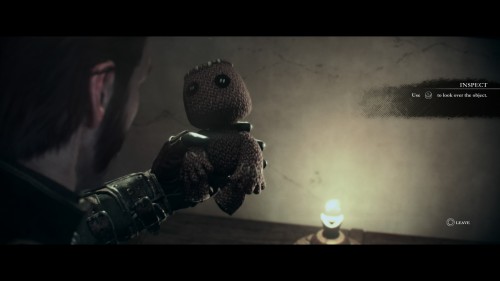 Beside the shooting side of The Order, it offers some collectibles for your roam needs. The game has phonograph cylinders that give you a small auditory fragment into the world of The Order. I think the biggest thing that caught my attention while collecting these things was the fact that I couldn’t listen to them while continuing my adventure. You have to go into the menu, select the archive tab and then select the audio snippet you want to listen to, which then processed to, sometime, slowly play the audio while I was already done reading the text that complimented the audio. If we are comparing to other collectibles in other games, we see Bioshock Infinite letting you play the audio while still performing the things you want to do. Besides that little pain, I enjoyed listening to most of the phonograph cylinders.

The other “collectibles” that you can find in the game comes in the form of items you inspect, from newspapers, objects, people and so on. Although, this doesn’t serve any purpose in the game itself, it was still fun to discover items in the city of London which had nice detailing for some of the items. The only other thing that was a bit of a let down was the fact that when you’re going to redo some of the chapters to collect items, like I did, you can’t skip the cut scenes which is kind of a bummer because some of them are long.

The voice acting compliments the characters nicely. Never did I feel pushed away from a certain character due to bad VO, it was always well executed and scripted to perfection. The soundtrack to The Order 1886 is composed of several time-appropriate tracks that compliments the game very well. The in-action audio and music really make the experience an all around enjoyable moment. Even the walking around on different surface types was well done. The audio portion of the game really offers a solid compliment to the visuals.

Overall, The Order 1886 is a game I enjoyed and would recommend playing. The thing that’s making me a bit wonky when recommending the game is the price, is the game worth it? I bought the collector’s edition for $20 more than your standard game and was pleased with by purchase.

Pricing it out, the statue alone is worth the $20 or more, the steel case retails about $10, my local Future Shop(Canadian Best Buy clone)sells Far Cry 4 steal cases for that price. You get the soundtrack which we can give it a $10 price tag, and a couple DLCs suits that, for what they do in-game, have a worth of $5. With all this, my game came back to $45 which seems, in my opinion, a fair price for the game, which in all honesty I platinumed in around 8 hours at medium difficulty.

With the story being what it is, I would hope that a DLC would be in the works in some way, shape or form, and help wrap some of the details up, but not finish the game because I want to play a sequel of The Order. Personally, I really admired the design of the game and enjoyed the decent mechanics, besides that some areas didn’t allow running. Graphically, The Order takes it to a whole new level and blows pretty much any other games out of the water. If you enjoy alternative history, a nice story, somewhat of a quick play through, impressive visuals and fun mechanics, this game might be down your alley.